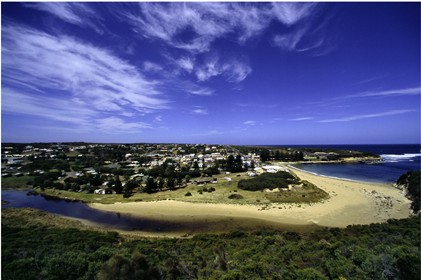 Community groups throughout Corangamite Shire have rallied behind plans to extend the public transport service between Camperdown and Timboon through to Port Campbell.

Popes Timboon, which is contracted to operate the service for Public Transport Victoria, flagged the proposed extension last month. It said the plan was realistic and that if there was strong community support, it could happen.

Advance Camperdown secretary Terry Brain said community groups had united behind the plan and begun to voice their support to the government and key agencies.

“This is an important opportunity for our communities and I’m pleased to report that in addition to Advance Camperdown’s support, a number of other groups are helping put pressure on the Government to make this happen,” he said.

“As a collective we’ve written to Corangamite Shire to advocate to the State Government on our behalf and we’ve directly contacted Public Transport Victoria.”

Mr Brain said connecting the coast to the hinterland with public transport paved the way for more visitors and community members to enjoy all of what Corangamite had to offer.

Shire chief executive officer Andrew Mason agreed. He said the Council was in full support of the proposed route extension and was advocating strongly to the Government.

“We recognise the importance of public transport and that north-south link is vital to our communities. We continue to call on the State Government to make this happen as an important tourism and community link.”

Popes Timboon operations manager David Pope said he was buoyed by the support and thanked more than 60 people who had also had their say through an online survey.

“More than 80 per cent of respondents, thus far, want to see the route extended to Port Campbell and a further 16 per cent don’t mind either way, so we’re virtually not seeing any opposition to what we would like to do,” he said.

The survey will remain live at www.popes-timboon.com.au until Friday, January 15.

Sorry, the comment form is closed at this time.